While this processor does come with a Wraith Spire Cooler, some PC builders most often the ones that overclock mid-range processors need more robust coolers for the potential overclocking that they will be doing in the future or for a future upgrade in the processor.

In this article, we have listed the best aftermarket coolers to pair with the Ryzen 5 2600 processor.

The Corsair A500 Dual-Fan CPU cooler may be the highest-performance CPU cooler on this list. This CPU cooler features four direct-contact copper heat pipes to quickly draw the heat away from the processor and all the Ryzen 5 2600 to run as efficiently as possible.

One of the downsides to the Corsair A500 Dual-Fan CPU cooler is the price and the overall size, and it is quite massive compared to other CPU coolers and the noise level produced by the dual fans that are installed.

The biggest issue for CPU coolers is ensuring that they are compatible with the RAM sticks that you may have bought for the system already. One unique feature to the A500 is the slide and lock fan mounting system, which easily allows for the moving and much more comprehensive support for RAM height.

Many PC builders remove the pre-applied thermal paste and replace it with a third-party thermal paste. The Corsair’s Thermal paste in both the application and the optimizes pattern further facilitates the best possible heat transfer.

The overclocking ability that this CPU cooler will gift your CPU is priceless. The cost to performance ratio may make this cooler perfect for the Ryzen 5 2600 if you’re planning to overclock or potentially upgrade the processor later. Overall, the Corsair A500 Dual-Fan CPU cooler is one of the best CPU coolers that we recommend to pair with your Ryzen 5 2600. 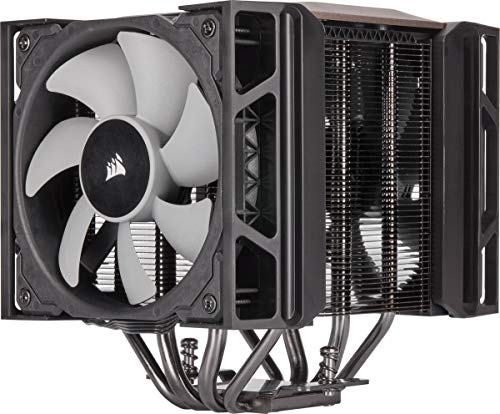 Related: Motherboards to pair with the Ryzen 5 2600 processor

The Ryzen 5 2600 Processor doesn’t need the most powerful CPU cooler; instead, this processor has a maximum TDP of 65-Watts, meaning that for Mini-ITX builds what feature this processor the taller CPU coolers, like the A500 CPU cooler, won’t fit in the case. The only downside of this CPU cooler is the RAM compatibility compared to the previous CPU cooler because of the fan located on the top of the fin stack.

The MasterAir G100M CPU cooler focuses less on the highest performance and focuses on the cost to performance ratio, unlike the Corsair A500 High-Performance Dual-Tower CPU cooler.

This heat pipe offers a 41.2 mm diameter, which effectively moves heat from the processor to the included heatsink. The MasterAir G100M CPU cooler features a height of just 74.5 mm and features a single heat column that is seven times the size of traditional heat pipes.

RGB enthusiasts will find this CPU cooler to be a perfect choice as the top fan offers significant RGB lighting and fantastic cooling for the Ryzen 5 2600 processor.

The MasterAir G100M CPU cooler is a perfect choice for a Mini-ITX build, and this CPU cooler is currently available on Amazon for the low cost of $44.99 and Prime delivery. 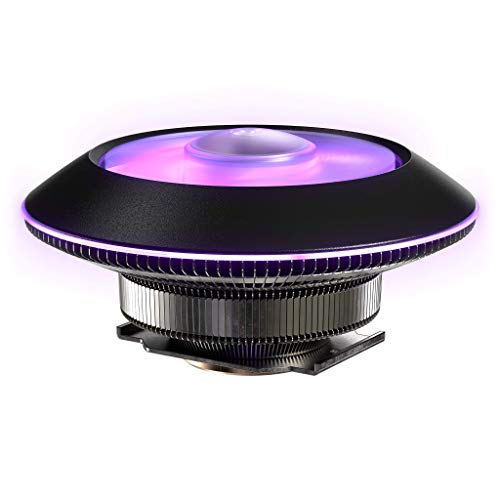 Some PC users prefer using liquid cooling instead of air coolers. For those users, we highly recommend you the MasterLiquid Lite 240. This AIO cooler offers a fantastic performance to noise generation ratio, as it uses a combination of Cooler Master exclusive technology and an Air Balance fan design.

The cooling capacity of this fantastic AIO cooler is a perfect choice for the PC users that want to overclock the Ryzen 5 2600 processor, another feature that makes this AIO cooler perfect for overclockers is the quality precision copper base and the dual-chamber pump.

Overall, this MasterLiquid Lite 240 is one of our top recommendation CPU Coolers to pair with the Ryzen 5 2600, especially if you are planning to perform an overclocking. 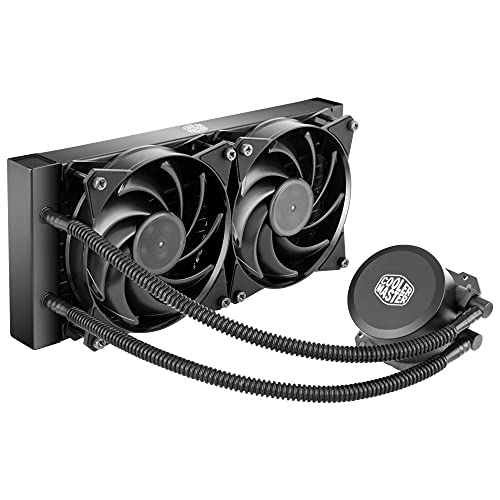 While most would say that this CPU cooler is overkill for this processor, when overclocking the Ryzen 5 2600 processor, there can be significantly higher than the rated TDP. The 140-watt difference is a fairly wide gap, but this gap allows this CPU cooler to be used in further upgrades and extensive overclocking.

RGB lights are everywhere in PC building and PC components, the SE-234-ARGB is no different offering lights on the fan blades and the LED strips located throughout the top of the CPU cooler. The top cover to the heatsink offers a hexagonal design that is able to draw people’s eyes to the cooler.

Suppose you aren’t worried about the lights. In that case, the SE-234-ARGB offers a maximum airflow of 56.5 CFBM and a Noise level of up to 31.5 dBA, which isn’t enough to cause many users even to notice the sound of the fans ramping up to cool your processor when playing a very intensive game or rendering a large scene.

The Final advantage that the SE-234-ARGB has compared to the other CPU coolers is the price being just $39.99 and featuring one-day shipping if bought in Amazon! 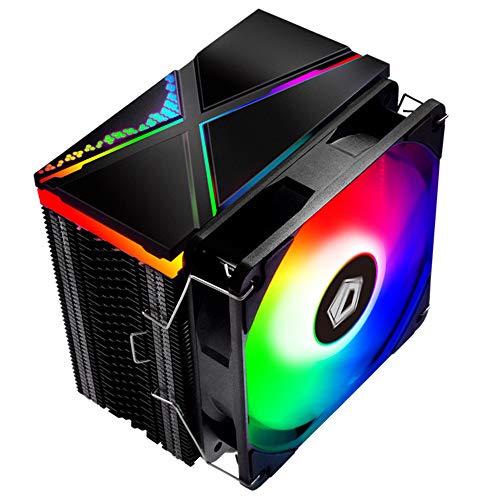