Intel’s processors have been an industry standard for gaming computers for years now, more mid-level gaming processor. The Intel i5-8400 Processor features a base frequency of 2.80 GHz and a Max Turbo Frequency of up to 4.00 GHz with some overclockers pushing it much further than this point.

While having a powerful CPU is incredibly important to any gaming PC, another (equally important) PC component for gaming is the graphics card. The graphics card powers the monitors and is highly important if PC builders are looking to maximize their PC’s gaming performance.

There are two main graphics card manufacturers AMD and NVIDIA. AMD has been releasing and substantially improving their graphics cards to compete with NVIDIA’s long-standing lead in the graphics card industry.

We also have a review about the best motherboards to pair with the Intel Core i5-8400 processor, if you want to check it out.

AMD’s Radeon RX Vega 64 graphics card features some fantastic specifications, including sixty-four compute units and a base frequency of 1,247 MHz with a boost frequency of 1,546 MHz.

The RX Vega 64 graphics card is a perfect choice for larger displays that features a refresh rate of up to 120 Hz and has a recommended PSU of at least 750-watts. This is due to the larger power consumption of the Radeon RX Vega 64. Typically this graphics card can take up to 295-watts of power, which is significantly more than its NVIDIA counterpart, and the heat produced by this card is also very substantial.

When paired with the Intel i5-8400 processor, this graphics card can be overclocked, due to the lower TDP that the Intel processor has, being just 65-watts. The Radeon RX Vega 64 is a considerably cheaper card due to being older than AMD’s newer generation of graphic cards.

For connectivity, the Radeon RX Vega 64 features three DisplayPorts and a single HDMI port, which easily allows PC builders to connect up to four different displays. 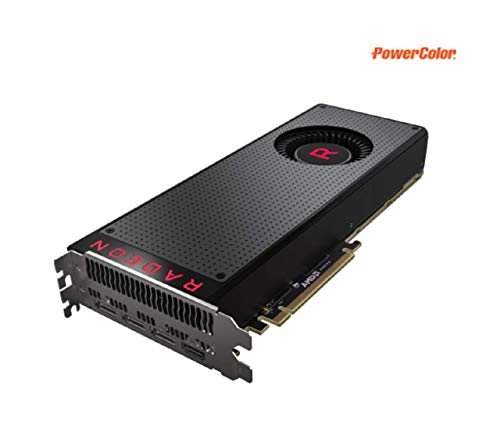 NVIDIA is an industry-standard when it comes to graphics cards, The GTX 1080 graphics card was fantastic for quite some time, but now with RTX 3000 series coming out soon, the price of this card will most likely drop considerably.

The GTX 1080 graphics card is a perfect value choice for PC builders that want to get the most out of their gaming PC that uses an Intel Core i5-8400 processor, which is a fantastic value due to the processor also being a few generations old.

The GTX 1080 graphics card is only 17% less power than the significantly lower cost in both power and price makes this a perfect card for a value computer. The GTX 1080 features a recommended PSU with at least 500-watts of power, while the TDP of the GTX 1080 is just 180 watts.

Not only have there been multiple versions of this card, which offers a significantly different form factor allowing for the GTX 1080 to be installed in either mATX PC case or Mini-ITX PC cases. 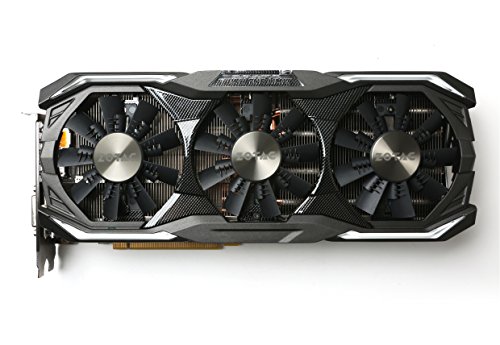 AMD focused more on speed than raw power with the RX 5700 XT graphics card as it features less compute units when compared to the Vega 64, but these units are much faster, offering a base frequency of 1,650 MHz and a boost frequency of up to 1,905 MHz.

This significant increase in speed makes this graphics card a perfect choice for any system that uses the Intel i5-8400 processor, due to the faster speed and overall better performance.

For connectivity, this graphics card features a single HDMI port and three DisplayPorts. This makes connecting up to four monitors quick and efficient.

The main downside of this graphics card is the overall size of the heatsink., which is a considerable issue for a smaller PC build. 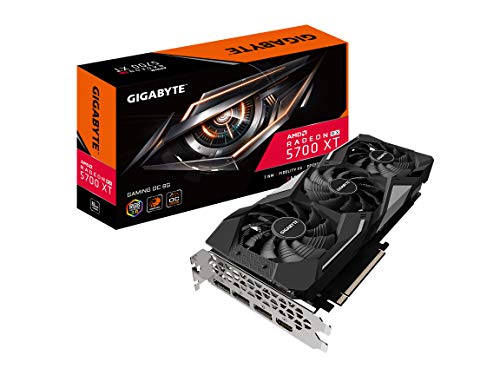 Having a high-end graphics card is highly important in any gaming PC with NVIDIA being the industry standard. The RTX 3000 series is still only available for pre-order, even though they are all sold out.

The RTX 2070 Super graphics card may not be the most powerful in the RTX series but is a perfect graphics card paired with the Intel Core i5-8400 due to the graphics card TDP being 215 watts and the fantastic performance this GPU can offer in that small TDP.

The RTX 2070 Super features a total of 2,560 CUDA cores and a boost clock speed of 1,800 MHz which does come in a bit slower than the Radeon RX 5700 XT. NVIDIA has finely tuned these CUDA cores to offer the highest performance.

This tuning leads the RTX 2070 Super to surpass the Radeon RX 5700 XT in specific workloads, like gaming but can lead to longer rendering times due to the slower cores and smaller number of CUDA cores to Compute Units. 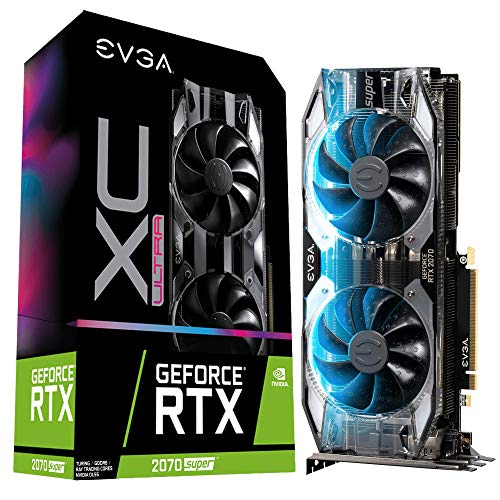