Intel’s newest flagship processor, the i9-11900k just came online a few weeks back. The flagship processor was labelled as a replacement for the i9-10900k. The chip belongs to Intel’s Rocket Lake-S series for Desktop CPUs. With this processor now making its way onto the market, PC enthusiasts all around the world are looking to snag themselves a piece. If you were interested in the release, you might be wondering, what is the best GPU for i9-11900k? This review is all about it, how you can pick a GPU for i9-11900k and a list of the top picks in the market as of now.

The i9-11900k is in a tough spot right now. With its performance being just acceptable, those who own it are looking to back up their newly brought processors with all they got. If you are an owner of one, then this might help you to make your pick. The right combination of GPU and CPU could save you a thick wad of cash in the long run while keeping your system’s performance at its peak

Factors to consider when buying a GPU

It is important to do your research when buying a GPU for your system as it can heavily tip the scales in your favour. With new architectures making their way to the market, every new generation of GPU will bring something new to the table. As always our goal should be to consider the factors and build a system whose components do not bottleneck performance.

The architecture of the GPU is mostly determined by its age. Older GPUs have older architectures whereas newer GPUs tend to have the latest technology. Newer architecture almost always poses better performance benchmarks when compared to its predecessors.

People new to the art of building their PC do not consider size and TDP to be relevant. However, the space available and the TDP value of your GPU could make or break the build depending on the circumstance.

TDP is known as the thermal design power of the component. It is the maximum amount of power that the component can draw in for processes and also the maximum amount of heat generated. Having a higher TDP generally translates to the GPU having more power, which is good, but it comes with a catch. Higher TDP graphics cards generate a lot of heat which traditional cooling fans struggle to dissipate. Now, pair up copious amounts of heat with a small tower space and you have a problem.

The easiest way to overcome this is to think ahead. Pick a GPU that matches your build or change your build to suit the GPU of your choosing. High TDP should always be paired with dedicated cooling rigs and ample tower space.

Many do not consider video memory to be a major deciding factor, but we believe it is. Video memory is what holds all the data that makes your screen come alive. The textures, anti-aliasing and many other elements in programs are solely dependent on the systems available video memory.

As a rule of thumb, we recommend that you get a GPU that has a memory that is at least half of the system’s total memory. If you are a heavy gamer or if you are looking to try out some of the newer titles on the market, it is best to go with a high-end GPU that has sufficient video memory. This will allow you to play your favourite games at higher resolutions with better textures.

Ray tracing is the next big thing in video games. Even though the technology is not fully developed, game developers are already implementing the concept in their titles. The 3000 series by Nvidia was released as a cost-efficient way to experience ray tracing. The concept is based on mimicking lighting in video games to that of real life. Even though it sounds simple, it is incredibly difficult to implement in real-time. This is why games such as Cyberpunk 2077 had so much hype. It is no doubt that ray tracing will further evolve over the next few years and it is always better to have a GPU that can handle it.

TFLOPS is the shortened term for Trillions of Floating operations per Second. This value signifies how fast a GPU is. This value gives the best judgment when two cards of the same architecture are put in place. It is not that reliable when measuring speed across different architectures.

AMD and Nvidia are without a doubt the two most prominent GPU manufacturers in the world. Even though AMD was lagging behind Nvidia in the past few years, the underdog has made massive strides in the past year to become a fearsome rival to Nvidia.

With a processor as powerful as the i9-11900k, we believe the high-end series of AMD and Nvidia should do the trick. The earlier generation GPUs might end up bottlenecking the performance of the processor.

We researched for you! Below are our topic picks for the best GPU’s in the market. We believe these models complement the i9-11900k better than the others.

The Nvidia RTX 3080 is the most cost-efficient option if you are looking for a GPU for i9-11900k. The main selling point of the RTX 3080 was its ability to handle 4K gaming and ray tracing. Since Nvidia is on its second generation of RTX GPU’s, we believe they are slightly ahead of AMD in that. Sitting in between the RTX 3090 and the RTX 3070, RTX 3080 is the most balanced Nvidia GPU in the market in terms of performance and cost. The GPU clocks in at a price that is nearly half of the RTX 3090 and still boasts enough power to comfortably play in 4K. Even though it might struggle at 8K gaming, we think that 8K technology is years away!

The presence of GDDR6X memory came as a pleasant surprise as it was the first time we ever witnessed its true performance. RTX 3080 comes with 10GB of GDDR6X memory, and when you compare its performance with that of the 2080Ti, the difference is easily visible.

The RTX 3080 is heavier and larger than the GPUs of its previous generations. If you have a mid-ATX case, there should not be an issue of space. However, you might want to add a GPU bracket to your list as the card can sag when placed in the slot. The TDP rating of the RTX 3080 is 320W.

The GPU has been tested out on many AAA games on the market. The RTX 3080 has been able to ace popular gaming titles such as Cyberpunk 2077 on 4K with Ray Tracing enabled. The game supposedly got a stable 60FPS on ultra settings with the previous settings enabled.

Unless you want to break your wallet, we recommend the RTX 3080 over the RTX 3090, as it is the most overkill GPU for the average gamer. 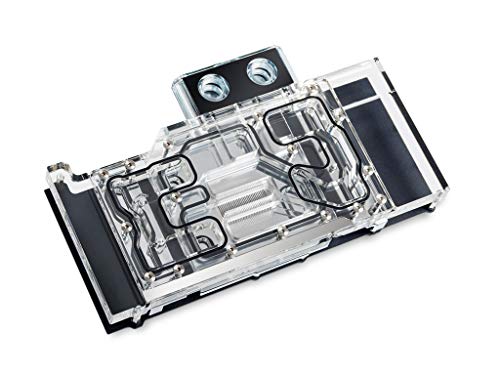 AMD RX 6800 XT is the high-end big brother of the Big Navi. Constructed out of AMD’s brand new RDN2 architecture, the RX 6900 XT is the perfect GPU for Intel’s powerhouse. The GPU comes with a brand new feature known as the Infinity cache, which justifies the use of DDR6 VRAM over DDR6X that is used in the RTX 3080.

With a game clock speed of 2015 MHz, the GPU can hold its ground against the most demanding applications or games. It also has a boost clock speed that can give a temporary increase to its performance. The boost clock speed is not designed for prolonged use and is only available for short bursts of speed.

The RX 6800 XT comes with a power rating of 300W, but the tests that were conducted do not show a value greater than 295W, which is great. Pairing this up with a dedicated cooling rig could increase performance when used for 4K gaming.

We should not forget that AMDs BIg Navi GPUs come with SAM and RAGE MODE. These are performance-enhancing features that can juice up your system for optimal performance. The ray-tracing technology used by AMD is still not on par with Nvidia, but we believe there will be improvements along the way. After all, this is their first line of RT GPU’s, and they are already giving Nvidia a run for their money. 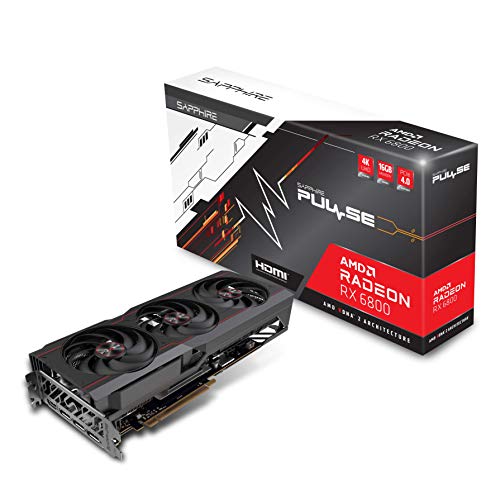 The GPU shows some impressive numbers over the Turing generation GPUs by Nvidia. It has more Teraflops and cores than the 2080 Ti but lacks memory and bandwidth. Nvidia has stated that the RTX 3070 trumps the 2080 Ti, and it seems to be true for the most part.

See also  Best B450 Motherboards for Ryzen 5 2600: From Budget to High-end Option

With 5888 CUDA cores spread across 46 multiprocessors, this GPU has some major juice under its hood. Even though the number of streaming multiprocessors got a rise of only 27% over the 2080Ti, the increased CUDA core count is going to turn the tables. The raw rasterization performance of the RTX 3070 is better than the 2080 Ti.

The RX 6800 manages to outclass the RTX 3070 in almost every possible way. The only category in which the RTX 3070 manages to bare its teeth is the 4K gaming section. Nvidia is still very much ahead of AMD in terms of ray tracing, so it is quite obvious that it will do well here.

The game clock of the RX 6800 is 1815 Mhz, and it can be boosted to 2105 MHz when needed. The GPU has both SAM and RAGE MODE, which can further increase performance given the circumstances. The TDP rating of the GPU is 250W which is acceptable given how much power it packs.

For the most part, the RX 6800 can provide a solid 4K gaming experience at 60 FPS. But, it might lag behind when it comes to ray tracing. The ray-tracing quality of AMD is not terrible, but it is just not up there with Nvidia. Playing with ray tracing enabled on 4K is going to be difficult.

We do not recommend going with an entry-level GPU for i9-11900k. This might severely hinder the processor’s potential. If you are on a tight budget and want to save up on cash, the RTX 3070 is the way to go. It is better to save up and go with a mid-tier GPU rather than getting stuck on an old generation graphics card that will deliver sub-par performance.

Thanks to its superior architecture, the RTX 3080 comes alive at 4K resolutions, where it finally speeds ahead of the RX 6800 XT. Not to mention the Nvidia graphics card handles ray tracing much better than its rivalling AMD GPU. The lack of DLSS also gives Nvidia an edge over the Red company.