Perhaps one of the best combinations, for a pure-gaming PC build, is AMD’s Ryzen 5 5600X CPU together with Nvidia’s GeForce RTX 3060 Ti. These two components can offer excellent 1080p gaming with high framerates at just a fraction of the cost of what such performance used to be valued just a few months ago.

Given that the GeForce RTX 3060 Ti has only a 200-Watt Thermal Design Power (TDP) requirement, and Ryzen 5 5600X’s 65 W TDP, a Power Supply Unit (PSU) capable of outputting 650 Watts will work just fine for providing energy to a build that features these two components. In fact, one may argue that 650 W may be a bit too much, but its always better to have more power output capability, rather than less, as a PSU will operate at optimal efficiency at around 50% loads.

Hence why we’ve chosen the best 650 Watt PSUs for you to pair with the GeForce RTX 3060 Ti and Ryzen 5 5600X, depending on your needs and preferences.

Whether you’ve appropriated most of your budget for this new CPU and GPU pairing, or simply won’t be using your PC for several hours a day, an 80 PLUS Bronze rated PSU will suit your needs perfectly well. For this case, we have the Gigabyte P650B which has all the specifications of a premium PSU, at a budget price.

Firstly, it has a single +12V rail that can output nearly all of its wattage: 648 W (54 amps) to be precise, so both the R5 5600X and the RTX 3060 Ti will have sufficient energy to operate optimally. The P650B also has all-Japanese Nippon Chemi-Con, 105 degree C certified capacitors, sleeved cables (non-modular), and a 120 mm fan that uses high-end hydraulic bearings. Having these bearings not only means that the PSU is more durable, but also that it will operate quietly, no matter what the load it is under. In fact, the P650B has a Mean Time Between Failures (MTBF) of 100,000 hours, and this is backed by Gigabyte’s 3-year warranty. 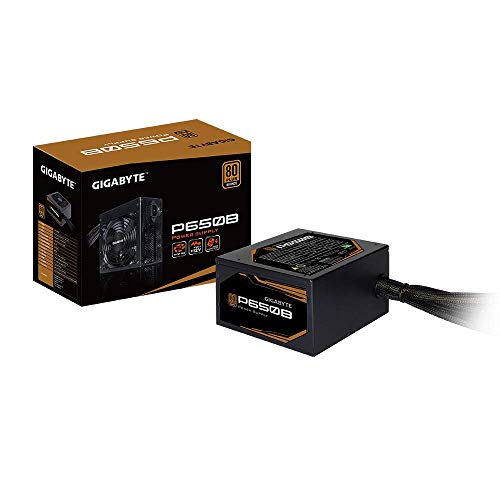 If you want your PC to not just be a mechanical wonder, but also a splendiferous illuminated centerpiece for your room or office, then you will need a PSU that can match the RGB flare of your other hardware components.

For this case, we have the Super Flower Leadex III. This power supply has an 80 PLUS Gold rating (translating to an efficiency level of 87% to 90%) and a high power +12V rail that can output 649.2 watts, or 54.1 amps. Like the aforementioned Gigabyte model, it also has 105-degree Celsius certified Japanese capacitors, and the power supply has been tested to not falter even after 2,000 on/off switches.

The Leadex III is cooled by a 130 mm fan that makes use of contactless hydro-dynamic bearings and PWM controls, so temperatures and noise levels will be low no matter how busy the PSU is. Also note, the Leadex III is fully modular, so all cables can be removed and attached according to your needs.

Lest we forget, the Leadex III has two ARGB displays: A illuminated I/O crystal-designed panel and an ARGB illuminated fan with translucent blades. These RGB displays can be synchronized using any motherboard manufacturer synchronization software.

Of course, style does come at a cost, but for what the Leadex III has to offer, it fully justifies its $159.99 price tag – which is backed by a 7-year warranty. 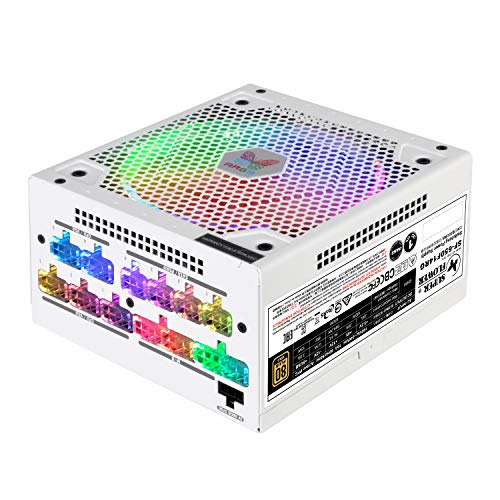 The Ryzen 5 5600X and the GeForce RTX 3060 Ti would make an excellent pairing for a Small Form Factor (SFF) PC, and for such a build they will need an SFX form factor PSU.

Firstly, it has a single +12V rail that can output 54 Amps (or 648 Watts) with an 80 Plus Gold certification; similar to the Leadex III. Also, it includes a 120 mm fan (which is huge for a SFX PSU) that makes use of premium fluid dynamic fan bearings, for low noise use and optimal durability, as well as PWM controls. The SGX-650 also has gold plated connecters, a cable-free internal connection design, a SFX to ATX bracket (for those that need a small PSU for a full ATX case), un-sleeved cables for better flexibility (fully modular), and a MTBF of 100,000 hours that is backed by an impressive 10-year warranty. 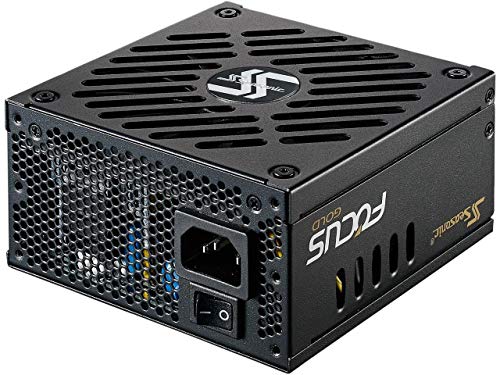 Last, but not least, if you value peace and quiet more than stylish RGB displays or other various fluff, we have the be quiet! Straight Power 11.

This PSU has multiple high-performance +12V rails that can output its full 650 W power, and do so with an 80 Plus Platinum rating that guarantees efficiency levels upwards of 90%.

To ensure its quiet operation, the Straight Power 11 makes use of a 135 mm fan with a Silent Wings 3 fan design, fluid-dynamic bearings, a 6-pole fan motor, and funnel-shaped fan openings for better cooling performance. In fact, its noise levels range from just 8.6 to a maximum of 20.8 decibels; meaning it will be completely silent from less than a foot away.

Additionally, the Straight Power 11 has a wire-free internal design and high-end Japanese 105-degree certified capacitors. Therefore, it has both an excellent thermal solution, as well as durability. Its cables are all sleeved, and it does have a fully modular cable design as well.

All in all, an excellent high-end PSU that you can plug in and forget that it exists – which is perfect for those looking for a noiseless, hassle-free experience. be quiet! Straight Power 11 Platinum 650 W PSU can currently be found for $134.90. 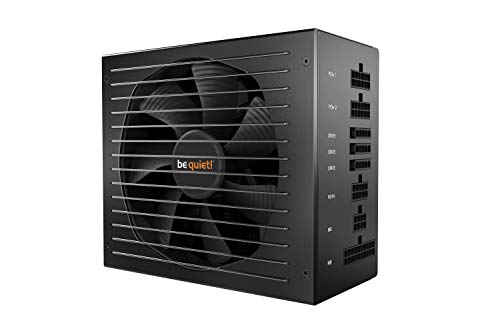