AMD has released their Zen 3 Ryzen 5000 Series processors, and this highly anticipated pack of new CPUs sold out almost instantly. This is due to the fact that these new processors are capable of achieve the best possible performance the market has to offer; not just for multi-core, workstation and rendering applications, but also for single-core dependent workloads, like CAD processing and gaming. With the release of this Zen 3 architecture, AMD has effectively dethroned Intel as the gaming-processor king; and the CPU that seems to make the most out of this new architecture, is the Ryzen 7 5800X.

This 8-core, 16-thread, CPU utilizes a single CCX (Core Complex) to its maximum capacity. Of course, it must be mentioned that many argue that this CPU does not provide the best value for its cost, as it has a similar gaming framerate performance to the inferior Ryzen 5 5600X – despite costing $150 (50%) more. Benchmarks from TechSpot do, in fact, show us that the difference between these two processors is only a 6 FPS advantage for the R7 5800X (for an 11-game average). However, this is only currently the case for previous generation games.

As game developers strive to make full use of the 8-core, 16-thread, capacity of new-generation consoles, the extra cores and threads of the Ryzen 7 5800X will surely begin to accentuate the differences that make it superior to the Ryzen 5 5600X.

To ensure that the Ryzen 7 5800X performs at its hardware’s maximum capabilities, it will need a memory kit that allows it to reach its full potential. To help you find the appropriate RAM to pair with this newly released beast of a processor, we have compiled a list of the best RAM models based on their speed, quality, and price. This list is also heavily influenced by current availability, as we want to ensure that you can find this RAM as soon as you need it.

Related: Best CPU Coolers and Best Motherboards to pair with the Ryzen 7 5800X

Recommended RAM Kits to pair with the Ryzen 7 5800X

If you’ve allocated most of your budget on the CPU and GPU of your new build – and need the remaining hardware components to have a budget price – then Crucial has you covered.

The Crucial Ballistix RGB RAM kit features a speed of 3,600 MHz at a Column Address Strobe (CAS) latency of 16: The best RAM speed for those unwilling to overclock; proven in benchmarks by Wolfgang and GamerNexus to have the ability to supersede the 3,200 MHz CL 14 memory as the top performing RAM for gaming application.

What’s also great about the Crucial Ballistix RGB RAM kit is that it offers high quality at a budget price. Aluminum heat spreaders, 16-LED (eight-zone) RGB lighting displays, XMP 2.0 compatibility, and a low-profile form factor (for those building a Small Form Factor (SFF) PC that features the Ryzen 7 5800X) are all included at its incredibly low price-tag.

Indeed, for only $89.99 you can purchase the Crucial Ballistix RGB in its white-exterior iteration.

Though the 3,200 MHz CL 14 speed may fall short, versus a 3,600 MHz CL 16 RAM, in terms of framerate benchmarks, it has the ability to overclock to a 3,600 MHz CL 15 speed that surpasses the former by a sizable margin. In fact, when testing games to attain official benchmarks for their Zen 3 CPUs, and RDNA 2 GPUs, AMD uses RAM of these exact specifications.

The memory kit that features this high-performance frequency and latency combination, as well as all the spark associated with a dynamic multi-zone RGB lighting display, is the Corsair Vengeance RGB Pro. Each rank of this RAM features 10 individually-lit RGB LEDs, that can be customized via Corsair’s iCUE software.

The Corsair Vengeance RGB Pro can be found for $179.99: A price that is not cheap, but certainly worth it for gaming enthusiasts that desire that extra RGB pizzazz.

When it comes to performance, nothing beats what that the G.Skill Trident Z Neo Series RAM offers at its 3,600 MHz CAS 14 iteration. This frequency/CAS combination creates an absolute latency of only 7.78 nanoseconds – beating both 3,600 MHz C16 and 3,400 MHz C14 speeds by 1.1 and 0.46 nanoseconds respectively.

As with most G.Skill RAM kits, the Trident Z Neo features a Samsung B-Die, which is the best die to pair with AMD’s Ryzen CPUs. Additionally, this RAM has a 10-layer PCB and hand-screened ICs; ensuring better reliability, as well as longevity.

If you want the hardware of your PC to be flashy, then this RAM will not let you down. It has a dual-tone aluminum heat spreader with a beveled, tri-finned, edge, and, in between these edges, lie RGB displays that are lit with eight zones that are capable of displaying 1.68 million colors. 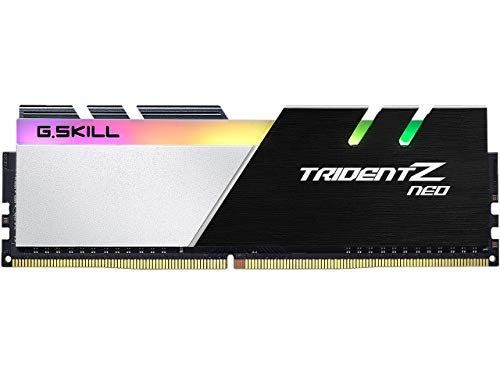 When it comes to getting the best performance for each dollar expended, a RAM kit with a frequency of 3,200 MHz and latency of 14 CAS is the way to go.

For this RAM type, TeamGroup has created the T-Force Dark Pro: A RAM model that combines high-quality materials, a Samsung B-Die, and excellent CAS timings (14-14-14-31), at an incredibly low price. This is what makes this kit the ultimate value RAM to pair with a Ryzen 7 5800X.

With a JEDEC RC 2.0 custom circuit board that separates power and signal layers – effectively increasing transmission signal by up to 35% – the T-Force Dark Pro is capable of reaching data-transfer speeds of up to 24.6 GB/s. Additionally, its XMP 2.0 compatibility allows for one-step overclocking, and, given that this RAM has a five-layer heatsink and an all-aluminum heat spreader, this feature can be used on a regular basis.

A kit of this memory will only cost you $129.99: an excellent investment for RAM that is devoid of any fluff, and focuses purely on achieving a maximum level of performance. 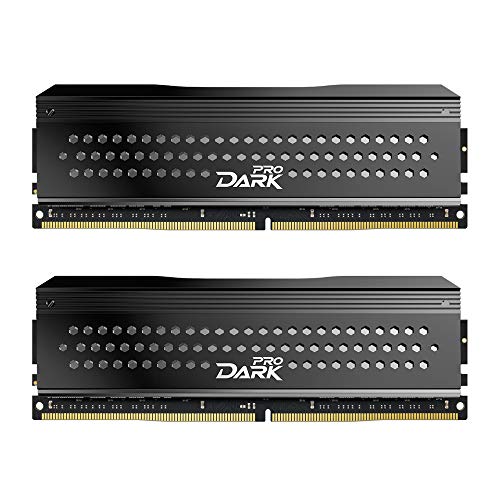